The HuntPrimitive Tribe are Bison Hunters.

What makes Bison Hunting so significant? Bison are the largest animals in North America alive today. While they are not the most difficult animals to hunt, they are without a doubt the most difficult animals to bring down. Their sheer size and tenacity are a true force to be reckoned with. These great animals can take multiple shots with a high powered rifle and still be on their feet 30 minutes later. Bison are the true test of efficient and capable primitive hunting gear. We hunt deer, hogs or elk for the true challenge of the hunt; We hunt Bison for the true challenge of the gear.

The Goal of HuntPrimitive is to both build elite primitive hunting implements and to collect and publish data so everyone has access to the information on how to make the best, most efficient bows, arrows, atlatls, and stone projectiles possible. This information is given freely on the HuntPrimitive YouTube Channel as well as presented with incredible detail in Ryan Gill's book The Secrets & Science of Primitive Archery.

Killing, skinning, and butchering bison with stone age tools is a true torture tests on build quality. Hafting, edge retention, and ergonomics are strained to the limits when tackling a job as large as a bison. This gives us the unique opportunity to make sure that all our gear is bison-ready. If we can take down and process a bison efficiently, then there is no doubt when it comes to animals like deer and elk. With the information we help to provide, we hope that you will have superior confidence when going on your own Primitive Hunt of a Lifetime for Elk, Moose, or even Bison.

HuntPrimitive is without a doubt at the forefront of producing efficient and effective primitive bows, arrows, atlatls, and stone projectiles. We are committed to not only providing the best information but also the best handcrafted hunting gear for those in need. 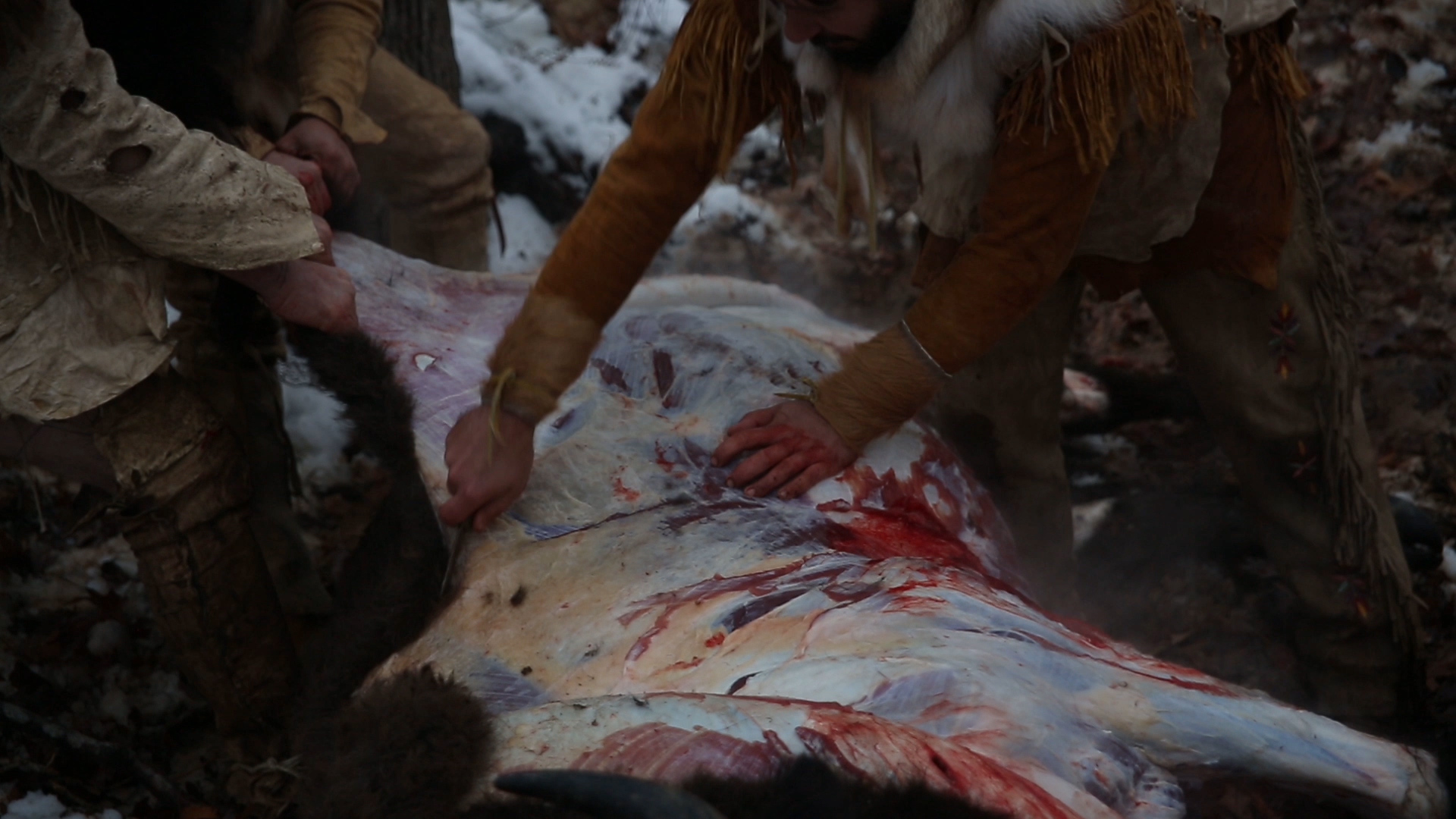 HuntPrimitive has worked with 3 Prestigious Universities. Texas A&M, Florida State, and University of Tennessee in Chattanooga.

Ryan Gill/HuntPrimitive is entirely self-funded and we receive no collegiate grands or outside funding. This affords us the opportunity to perform real life hunts and projects without the red tape of institutions. We then freely give the data collected to help reconstruct what these scenes may have looked like thousands of years ago. Without this ability to self-fund and gift the experiences gained, these sorts of projects and experiments would never reach the desks of the academics. We take great pride in our ability to provide both the public and academia with nearly any primitive hunting/butchering data they could ask for. This enriches the lives of so many and is just one more way to fully utilize these majestic yet powerful animals. 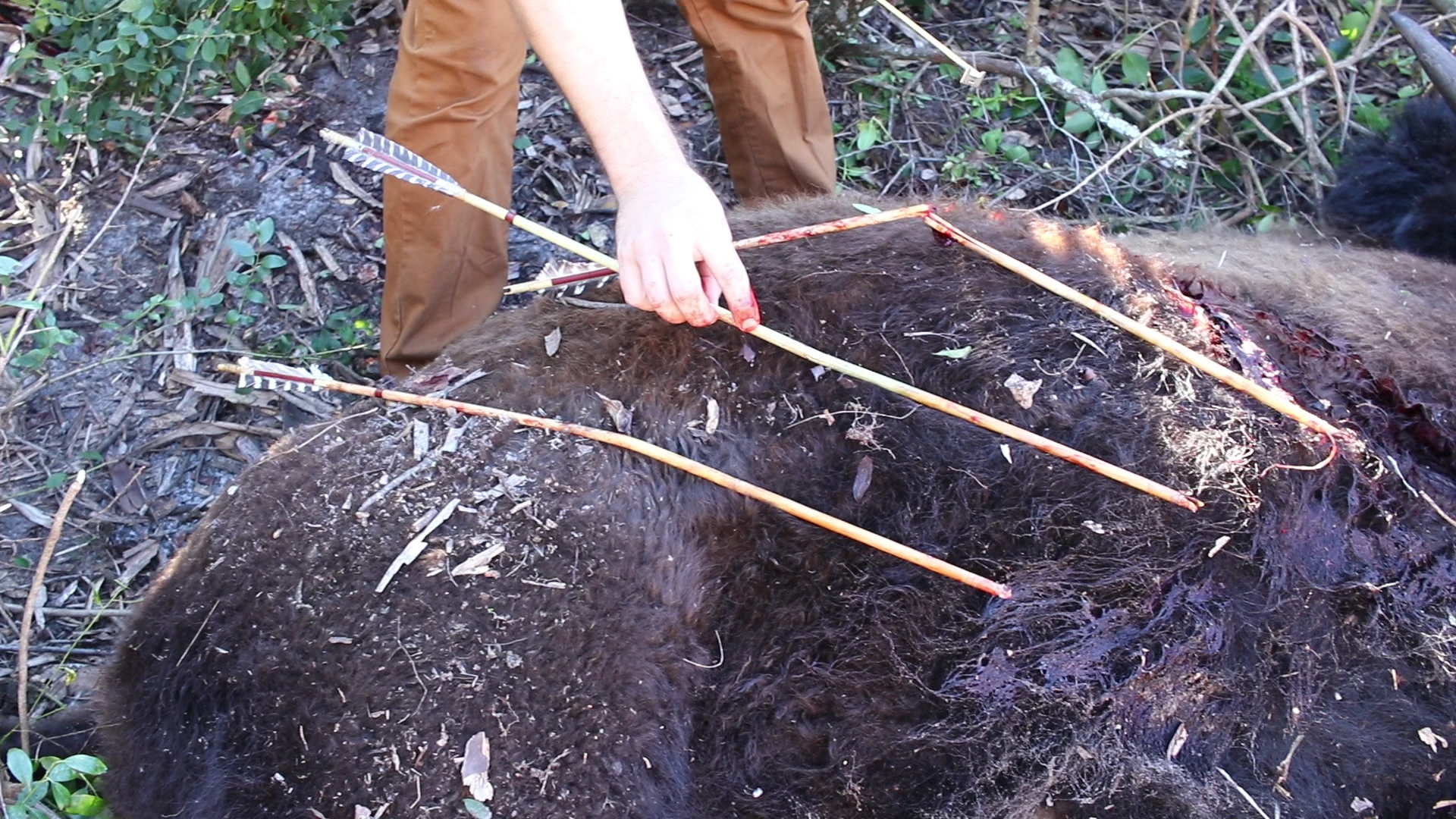 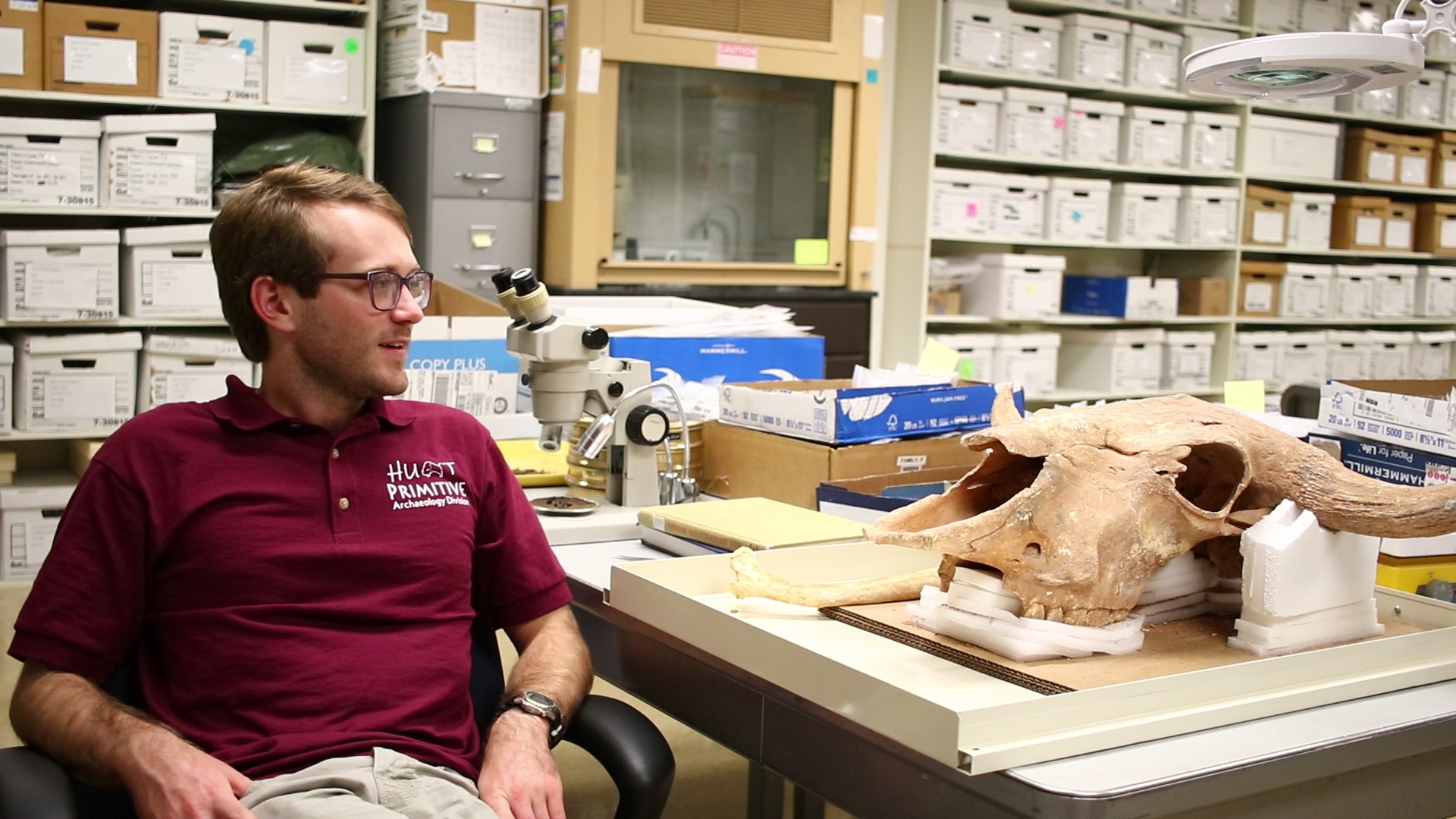 Bison were hunted for food, clothing, shelter, and tool materials across the Northern Hemisphere. They were crucial to the survival and advancement of early people in both North America and across Eurasia. Once slaughtered to near extinction as part of a modern atrocity, Bison populations are once again stable and estimated at over 500,000. The vast majority of these bison now live on private ranches paid for by hunters' dollars. While the Yellowstone and Alberta wild populations are stable and protected, private hunting ranch owners and Tribal Reservations make up the majority of the lands where these iconic animals are once again allowed to roam. Hunters are no longer the threat of the bison population. Modern agriculture is the reason for the loss of their habitat and ability to free range. As a result, our bison experiences must take place on private hunting ranches with as close to fair chase opportunity as logistically possible. However, make no mistake about it, bison are wild and dangerous animals even on these multi-thousand acre properties. Bison command respect at the highest level.

Ryan Gill has taken over 50 big game animals with Primitive Hunting Implements giving him an incredible understanding of both historical context and projectile efficiency.  The HuntPrimitive Bison Hunters Tribe has now been a part of 3 Bison kills in the last 2 years and has many more planned for the future. These Bison Hunts are not about Ryan Gill killing another Bison. On the contrary, Ryan provides opportunity for other members to join the tribe to both actively hunt and take part in these amazing experiences. It has truly become a tribe effort and is an incredible glimpse into modern day tribe/cooperative hunting.

Ryan & the HP Tribe are constantly on the lookout for new members that have as much drive and motivation to participate in these experiences and expand both the Tribe and knowledge base. As top HP member Jason Smith says, "Ryan doesn't put people on the list. Potential members put themselves on the list by showcasing their dedication and sheer determination to be an integral part of this elite organization."

Top Tribe Member, Joe McConnell, states: "These experiences aren't much of a vacation. The amount of work involved is monumental and you better show up ready to hunt your face off and then work to exhaustion. What people like myself have learned from being a part of the HuntPrimitive Tribe has advanced my own primitive build and hunt ability 10x in a very short amount of time." 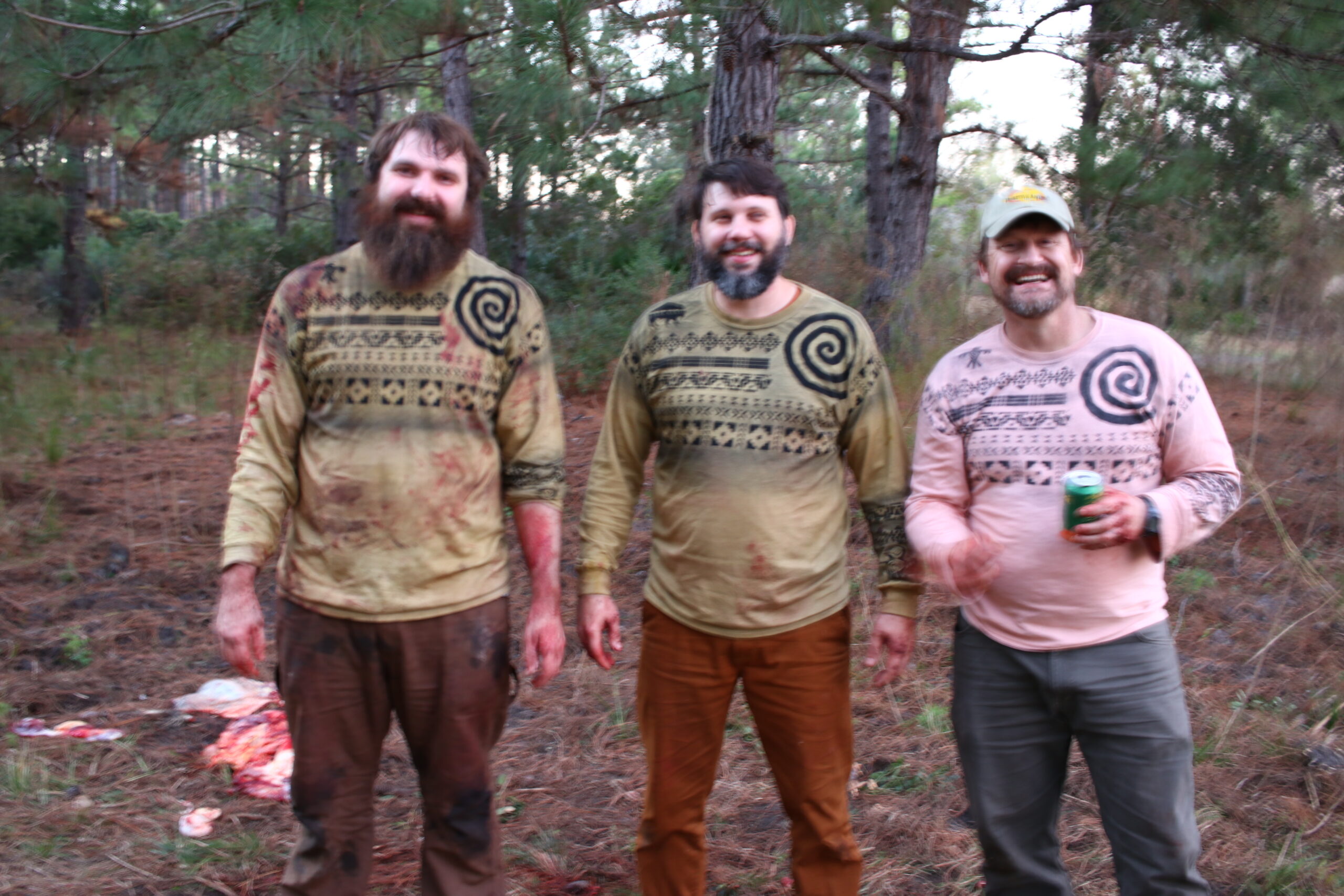 As you can see, being a HuntPrimitive Bison Hunter involves far more than just hunting. It's about the tools, the education, and the EXPERIENCE.

Featured!
This Menu is Better!